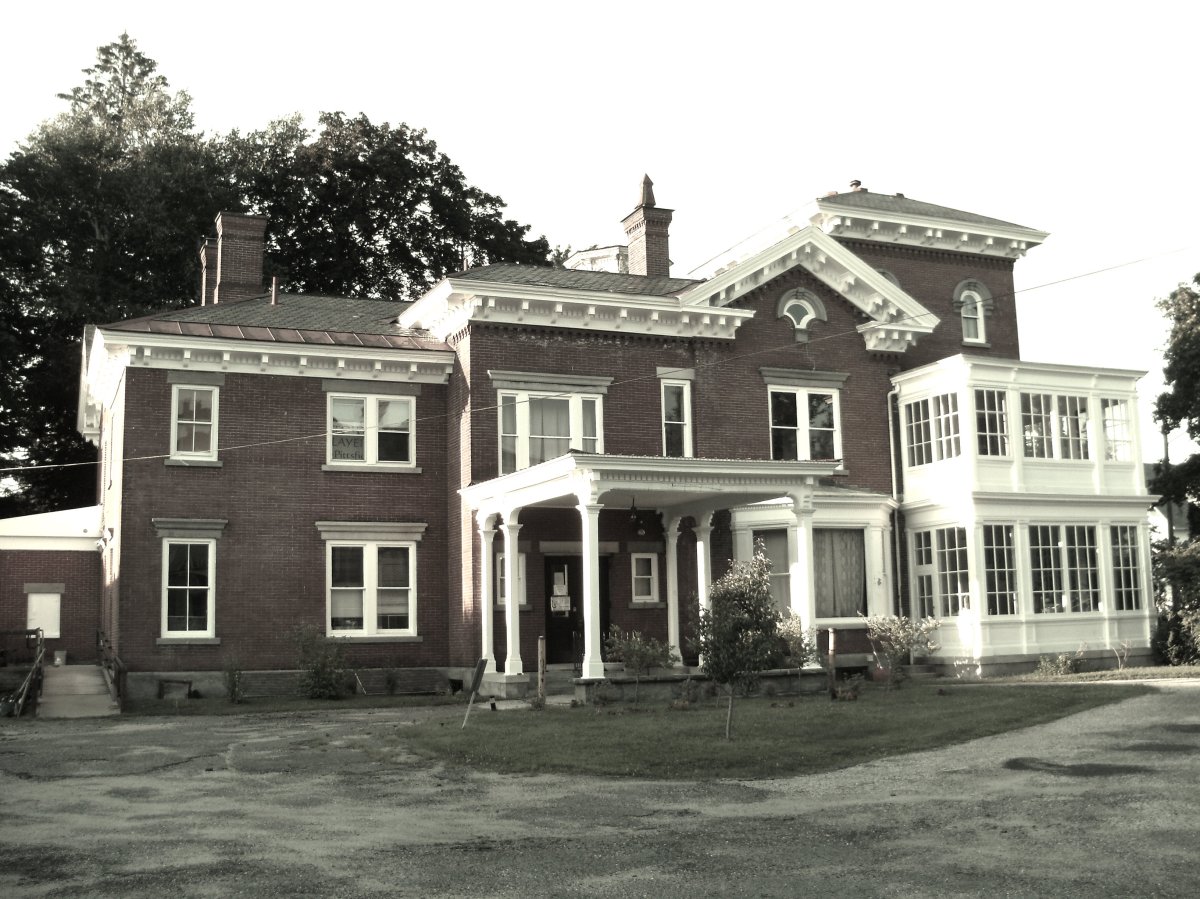 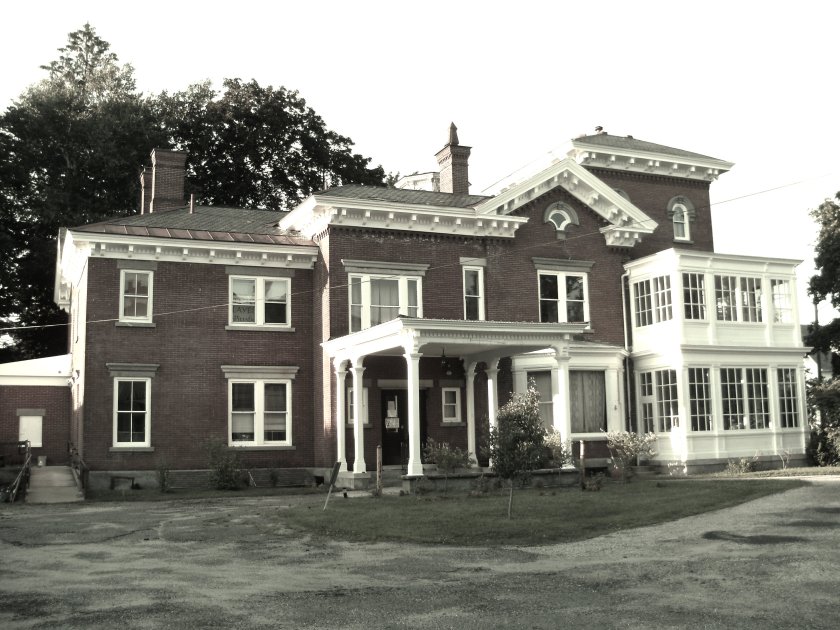 Berkshire County, MASS- What began as a trickle at the beginning of the summer, by August has become a steady stream from around this region, in reports of unidentified objects spotted in the skies above.

As the weather warmed, a few miscellaneous reports surfaced, largely on the online databases that (for better or worse) have become the norm for filing UFO reports for quite a few years now, more or less comparable to any other year for this region around this time.

On May 13, a driver on Rt 116 in Savoy reported “a very large, bright white light shot across the sky in front of us.”

“Our view only lasted for a couple of seconds, due to the trees on either side of the road. It seemed to be very low and close to us. It was getting lower in altitude. There was no tail. The color was pure white…. It is in our opinion that if the light/object had maintained its course it would have made contact with the ground.”

While what was described in this anonymous report to the National UFO Reporting Center seems not inconsistent with possible meteor activity, accounts a few weeks later would tend to lean more toward bright lights that hovered in place for longer periods. 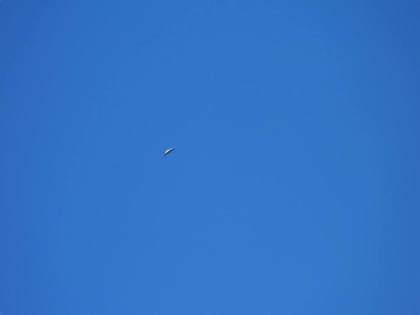 On May 29, Pittsfield resident Timothy Le Blanc posted images of an object he said appeared in the sky above the municipal airport between 8AM and 9AM.

“One was much higher than the other I couldn’t get the photo of. .. hovering rolling and tumbling…Changing color from jet black to silver. We stared in awe ..”  Le Blanc said, emphatic that he did not believe the object to be a drone. 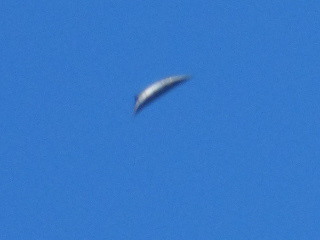 Le Blanc later provided photos, also with an enlargement said to be taken by another person from West Housatonic Street the same day (click to see larger): 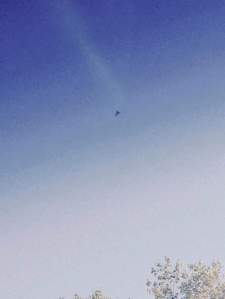 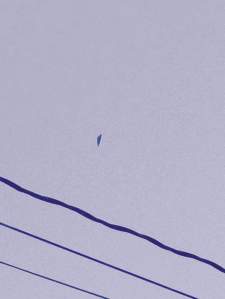 On July 15, an unknown object cropped up in this photograph taken in Cheshire and posted to ufo-hunters.com

Another report substantially similar to the one from Savoy came in from West Stockbridge on July 30.

“Upside down teardrop dropping great speed, moving straight down to earth, extremely fast…” [VIA MUFON] “Glaring pure bright white, brighter than any terrestrial aircraft, a blaze of white, brighter than a full moon in telescope eyepiece, had width of 1 finger, not small, not a meteor as it moved straight down towards earth 1 inch lower from planet.”

On Monday, Aug 3, around 9pm-10pm, at least three people allegedly observed unidentified lights hovering for at least a half hour above downtown Pittsfield

Later that week, on August 8 “I saw a line of lights in the sky over west Pittsfield about 2 Saturdays ago around 10:30/11PM,” posted Chris Crocker [to TMH via Facebook 8/25].  “I was with about 6 others that saw them too. I believe they were green in color.”

Cassie Lord reported a “large light” that hovered over Greylock, then moved away rapidly, evening of Aug 12 or 13

On August 18, a restaurant employee in south county driving home that night was disturbed by an encounter with an unidentified object that approached her position rapidly.  Seen while heading north on Route 41 in Monterey, she described a “big orange light,” seemingly triangular in shape, that “dipped down” toward her, then turned and flew upward before disappearing.

Unaware of this, a woman named Lydia reported seeing something the same night, seven miles away in Sandisfield “… a very, very large, black triangular shaped thing in the air…very quiet. At first I thought it was airplane. It most definitely was not…it was just too quiet.”

On Aug. 24, Michael Paul Esposito watched an orange light that appeared to be hovering over an area in Richmond for approximately 25 to 3o minutes.

…Of course, almost of all these reports did occur during the overall period of the Comet Swift-Tuttle’s passing (July 17-Aug 24), which peaked in visible meteor activity on August 12-13… and so, for skeptics of the cocky, broad-hand-sweeping variety of “skeptic,” we are already done here.  Mystery solved: meteors.

Here in the messy ‘Shire X-Files office of These Mysterious Hills, where casual certitude is approximately as abundant as field investigatory resources (Dammit Jim, I’m an amateur historian/folklorist, not a Ufologist) … we shall continue to entertain a variety of potential perspectives, including [but not limited to] that most popular of the non-paradigm theories:  the presence of nonterrestial intelligent biological organisms… or Extraterrestial Biological Entities (EBE) if you’re a real stickler for preferred nomenclature.

UFO “Waves” in the Berkshires

In the hey day of Ufology, when major resources were being devoted to documenting the source of ongoing UFO reports- by government, academia, media, and a goodly percentage of America’s middle aged engineers and aviators in their off hours – some theorists felt that certain patterns could be found in increases of UFO sightings over finite periods of time in certain geographic regions.  These “waves” or “flaps” could range over days, weeks or months; areas where UFOs are continuously, chronically reported over a long period of time have been referred by various writers on the subject as “window” areas, “triangles”, or perhaps most colorfully, Ivan Sanderson’s “Vile Vortexes.”

Basically all of these terms, to a greater or lesser degree, have loaded connotations that concern me; but we work with the tools in the toolkit available.

Locally, there was talk of a wave of UFO activity in the summer of 2011.  WAMC public radio reported on a spate of sightings concentrated in the first week of August and primarily in south county, and sightings along with one ambiguous photo continued to emerge for several days after.

In the winter of early 2013, online reports to the primary three databases of UFO sightings in the Berkshires were approximately double their average level.  Speaking by phone with two MUFON investigators in different areas of New England, and there seemed to be a general consensus that sighting reports had been running high in western Massachusetts, though certain high profile videos from the Amherst area that from January were considered dubious.

What’s transpired this summer outpaces either of those recent periods; such concentrations have not been seen in this county, to the best of my knowledge, since such peak years as 1975 or 1967.

It is quite up for debate, of course, whether these periods that some Ufologists call “flaps” or “waves” represent an actual increase in activity, an increase in witness visibility, or a clustering in reportage of sightings often aided by media (or now social media) coverage.

[On a related note, feel free to send accounts, photos, tips and rumors of unidentified objects, mysterious lights, flying triangles, and/or any other unexplained occurrences locally to mysterioushills@gmail.com. ] 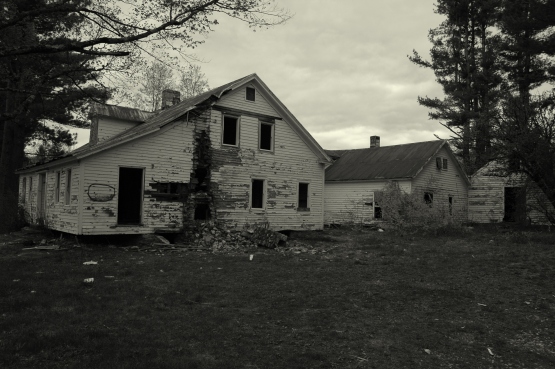 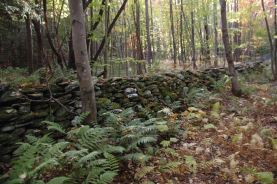 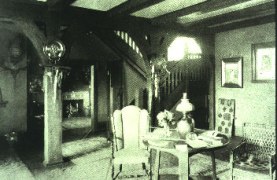 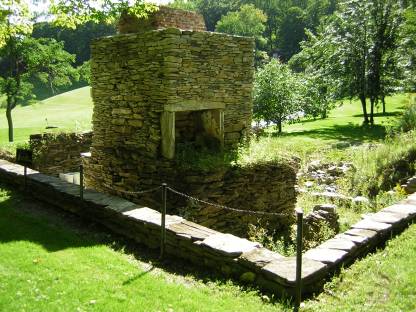 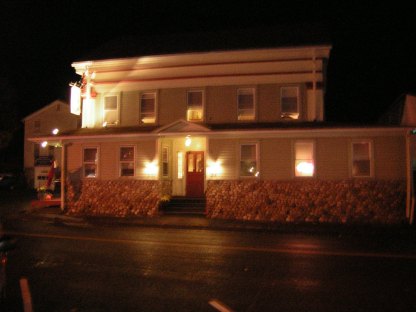